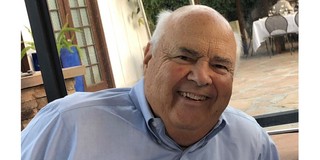 Born in Chicago and raised in the Western Suburbs, George earned his undergraduate degree at Illinois Institute of Technology, later receiving an MBA from University of Chicago. He raced with SCCA for only a few years before focusing on volunteering and the organizational side of motorsports. He started as a corner worker, became a starter of some note and in 1989 received Worker of the Year honors. Some may recall George’s sense of humor famously on display when he dressed like a rabbit to start a Rabbit Bilstein Cup race, or the time he donned a tuxedo for the anniversary of the WeatherTech Chicago Region® June Sprints®. Additionally, George spent the last several years as a safety car driver. While his first love remained SCCA, he also worked across all major sanctioning bodies including IMSA and IndyCar.

George was Region Executive for Chicago Region before joining SCCA’s Board of Directors. He served two terms in the late ‘80s and early ‘90s, followed by a second stretch from 1995 to 2000 during which he also served as Board of Directors Chairman.

The Bovis family will announce Celebration of Life details when public gatherings are possible. In the meantime, charitable donations can be made in memory of George Bovis to the organizations below: