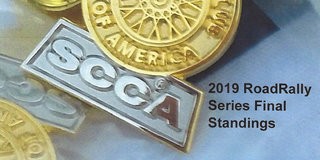 Today, the Sports Car Club of America announced the winners of the 2019 Road Rally National Championship. The winners scored the most points in the season-long series of events. Awards for the National Course and Tour Series are presented in three classes and the GTA Series by overall standings